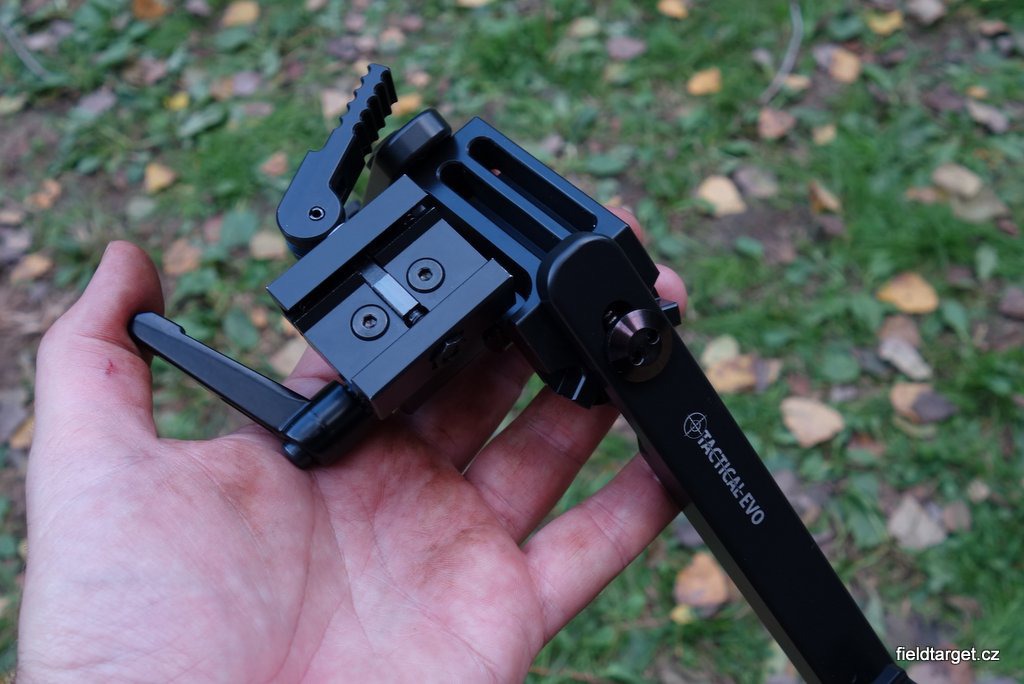 Everyone who starts shooting is logically interested first and foremost in the weapon and secondly in optics. Over time, as he gets more into it, he finds it hard to do without additional equipment.

In long-range shooting, the final result is literally millimeters. When performing tactical tasks, millimeters can decide on the life or death of comrades or protected persons. Absolutely essential condition for the intervention of the target is the stability of the weapon in aiming and firing.

The problem of how to stabilize the gun, aim correctly and shoot accurately encountered anyone who has ever tried. In the beginning, the shooter usually puts the forearm of the rifle on a box, a coiled coat, or any other object he finds around. But soon they find out that stability is not so famous. Powerful riflescopes with high magnification are used on competition rifles, which means that all the movements and shakes multiply in your image, so you are not able to keep the crosshair exactly on the target. Forget about action movies, where the hero casually puts his rifle on a tree and sits a cross that doesn't move, right in the middle of his forehead. This is not how it really works, in practice the whole system shakes, the cross jumps on the target in all directions and your primary effort is to jump as little as possible.

There are a plethora of different bags, stools and other gadgets on the market to keep the rifle still, but as far as popularity is concerned, a sniping bipod is clearly among the snipers. The reasons are obvious, bipod alias bipod increases the stability of the weapon and allows significantly more accurate shooting, is lightweight, storable, in the transport position does not increase the size of the weapon, you will not lose it, is always ready for immediate use. In addition, it acts as a stand, so you do not roll the rifle just on the ground and do not produce any other scratches, which you come anyway, whatever you do against it. From the physical point of view, the system consists of a triangular pyramid, the base of which consists of a triangle, where the front peaks are two legs and the back is supported by the shooter's shoulder (or an additional bag or so-called third leg). In principle, it is clear that if something is supported by three legs, it does not matter whether the surface is uneven or inclined, and the system will not wobble.

TACTICAL EVO
arcawever1
1 Reviews
Kč1,590
Very attractive adapter from tripod with ARCA Swiss system to WEAVER clamping system (picatinny). You can quickly and easily mount your rifle on a tripod to get the stability you need for support.Attaching a rifle to a tripod by adapter ARCA to WEAVER (picatinny rail) is an attractive, fast and proven method of fixing the rifle in non-standard or... 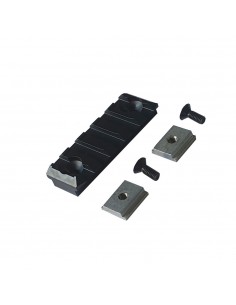 TACTICAL EVO
reduit
1 Reviews
Kč795
Universal adapter from UIT to WEAVER (picatinny rail). The adapter is made of high-quality material that fits the highest requirements. You can mount the system in seconds. Perfect workmanship. Made in Czech Republic. 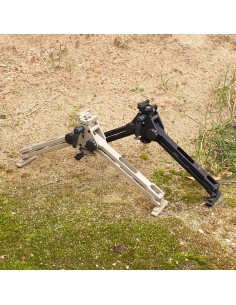 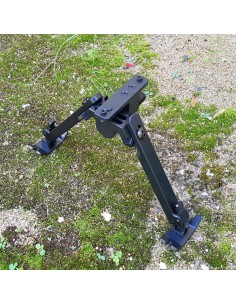 TACTICAL EVO
tk3keym
1 Reviews
Kč11,950
Black Sand (coyote) Khaki
High-quality and extremely accurate workshop-processed Tactical TK3 (KeyMOD) is the best possible choice of any tactical shooter, police or military sniper or long-range sports shooter. The bipod has been tested in the most extreme conditions that can’t be just partially dealt with and is designed for sports as well as for professional use. Everything is...

Save products on your wishlist to buy them later or share with your friends.